GIVING OUR K9 HEROES THE HOMECOMING THEY DESERVE 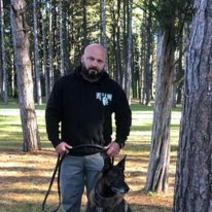 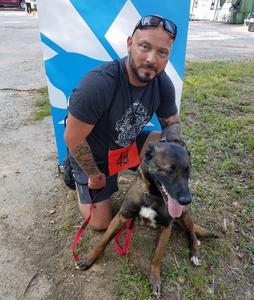 Daniel was Oskar's handler for many years, but was unable to adopt him.  Oskar lives at K9 Hero Haven and when his schedule permits, Daniel loves to participate in biathlons and obstacle races with Oskar.  So far they have traveled to Texas, Alabama, and Vermont to compete, catch up, & have fun!! 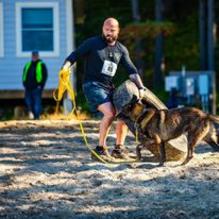 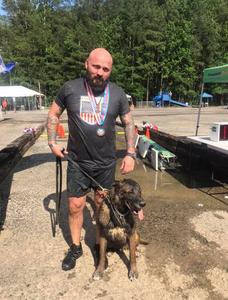 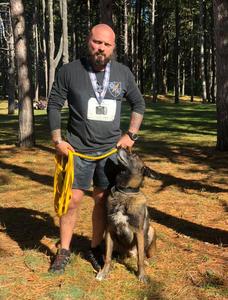 Erik traveled 29 hours straight from Afghanistan to Herndon to be reunited with his 7-year-old retired Explosive Detection Dog, CWD Len. Len & Erik had not seen each other in six months.
Len was staying at K9 Hero Haven while Erik had to go back to work overseas.
Erik first met Anne Gibbs in December 2019 when she reunited him with CWD Sleepy, his 11-year-old German Shephard, Explosive Detection Dog, retired from Iraq.